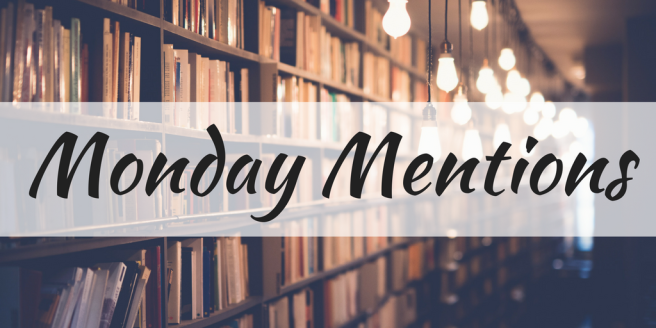 Calling All Couples!
Sign up now. Help us set a record!
On December 10 at 5:00 pm,
we need your help setting a
Guinness World Record
for the most couples
kissing under the mistletoe!

Chase Spencer had been firmly planted in the friend-zone ever since he first met Rachel Anthony back when they were in grade school and it looks like that’s where he’s destined to remain. And her latest scheme is bound to be torture. She wants them to help break the Guinness World Record for the most couples kissing under the mistletoe at one time. How should he handle this? Should the kiss be a chaste, friendly kiss like she envisions? Or should he do it in a way that leaves Rachel without a doubt that he wants to be more than friends?

It had always been Rachel’s dream to break a world record, and who better to do it with than her best friend Chase? And it wasn’t as if they hadn’t kissed before—sixth grade, spin-the-bottle at Iona Puckett’s party—a peck of the lips and it’d be over. Except she missed the part where they had to hold the kiss for ten seconds. And no one warned her of how she would feel afterwards—confused and longing for more. How can she convince Chase to change her status from friend to girlfriend?

“Chase, you have got to see this!”

The way Rachel Anthony practically danced into his office reminded Chase of the day they met—the first day of first grade. She had skipped right up to him on the playground and asked if they could be friends. If he’d known he would be permanently relegated to the friend-zone, he would’ve said no.

She leaned against his arm as she stretched over his desk. As her fingers tapped across his keyboard, her familiar floral scent surrounded him. He leaned closer and inhaled deeply.

“Chase Spencer, did you just sniff me?”

“Hey, I paid a lot for that overpriced, scented water.” Worth every penny. It had been over a year ago, but he still remembered the way she had jumped into his arms with an exuberant squeal when she opened the coveted birthday gift.

“Yeah, and I’m about out. You know, Christmas is right around the corner.” Rae tapped him on the knee. “Scoot back.”

“I was trying to work here.”

She plopped right down into his lap. The woman drove him crazy, and she didn’t even have a clue.

“This is more important than work. I figured out how we can get into the Guinness Book of World Records, and…” She tucked her light brown hair behind her ear as she glanced back to add emphasis to her point. “And, we can strike another amusement park from our list.” She lifted two slender fingers in the air and then let one drop. “Two birds, one stone.”

The summer they each turned ten years old, Rae’s parents had taken the two of them on a Disney vacation. After that, they made a pact to visit every amusement park in America. They had managed fifteen by the time they entered college. He hadn’t given it a thought since then.

And the Guinness World Records thing—that had always been her dream. They had poured over the book after coming across it in the library one year. It hadn’t taken long for him to realize they would never be record-breakers, but Rae would never let go of the idea.

“I heard about it on the radio just now. It’s all happening at Six Flags, and as you know, the one in Georgia is not that far away. We could so do this. Don’t you think?”

Rae leaned to the left so he could look at the website she had pulled up on his monitor. Chase couldn’t get past the title at the top of the screen. He sat frozen in place until she elbowed him in the gut.

“Can you see the screen? What do you think?”

Calling All Couples!
Sign up now. Help us set a record!
On December 10 at 5:00 pm,
we need your help setting a
Guinness World Record
for the most couples
kissing under the mistletoe!

“So, you think we could do this?” His voice came out in a higher pitched tone. Chase swallowed hard and tried again. “I mean, do you think we can both get off work at the same time?”

They began working at Windsor Designs right after college ended, just under seven months ago. No one at the advertising agency was actually scheduled to work on Saturdays, but if you planned on going anywhere in this business, you had better be there. And the last couple of months had been brutal. None of it mattered. As always, he’d do whatever it took to be able to do this with her.

Rae bounced against his knees. “According to Sandy, all this work we’ve been doing will drop off dramatically come the first of December. We should be free by then. It’ll be my treat. The park opens at 3:30. We can leave early on Saturday and get there in plenty of time. I’ll find us a place to crash that night, and we’ll be back in time for Sunday night church services. What do you think?”

Chase rubbed his chin and stared at the screen as if he had to take a moment to think it over, but in reality he was already picturing that kiss. Had she really thought this through? His gaze shifted from the computer screen to her face.

Her brows rose in question. “Well?”

He allowed the corners of his lips to turn upward. “Let’s do it.”

~~
Mistletoe Kiss is available from Amazon.
~~ 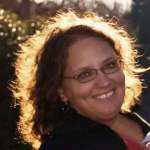 Each of Andrea Boyd’s series represents a different genre but all fall into the category of romance. All offer an element of her own brand of humor. And all are a tribute to God.

Besides writing, she loves spending time with her family, quilting, going to car shows, and driving around in her 1968 Barracuda convertible.

Andrea lives with her husband, Tommy, and at least a couple of cats in York County, SC.

This site uses Akismet to reduce spam. Learn how your comment data is processed.

I do not read every book featured on this blog. Featuring a book or author does not constitute an endorsement. Please use your own judgment on whether a particular book is one you might enjoy.