Happy Valentine’s Day! Since today is all about love, it’s the perfect time to read a romance. Here are a few of mine for you to check out. 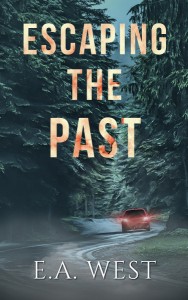 True love never dies, but can it overcome mistakes of the past?

When Felicia Coronado’s soon-to-be ex-husband kidnaps her daughter on a remote mountain road, she must rely on the assistance of a group of soldiers in the area for a training exercise. She’s stunned to discover the soldier in charge is the high school sweetheart she never thought she would see again.

Lieutenant Mark Benson never stopped loving Felicia, even after she dumped him before their senior prom. Now, six years later, he learns the truth behind why she left him. Can he forgive her for the past and give her a chance for the future once her divorce is final, or will he help find her missing daughter and leave Felicia behind?

This short romance was originally published in Second Chances: A Love Anthology. 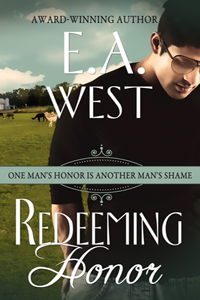 Meghan Carpenter loves God, her yarn business, and her twin brother Ryan — a former marine who currently lives with her. When she agrees to let his wounded buddy live with them on her small Indiana alpaca farm, she expects an American marine. What she gets is a former Afghan interpreter who’s painfully shy around women.

Scarred from the war, both physically and emotionally, Basir Hamidi is grateful for a place to live. But his attraction to Meghan is a problem. With his honor destroyed by events in his homeland, and nothing to offer her but his broken, scarred self, he vows to avoid her and protect her reputation. Yet he is drawn to her with a strength that can only be God’s leading. For a man who has lost everything, letting go of the past is a difficult process. When he must also redeem his honor, his only chance of success is to rely on God.

When Kayla Shaw travels to Bogotá to help renovate a house for a mission to street children, nothing can prepare her for the ever-present mission employee Mateo Luis. He looks like he could be one of the rebels who have caused so much fear throughout Colombia. Then she begins to see him with her heart instead of only her eyes.

Mateo Luis Gómez Días has dedicated his life to the mission, and he’s determined to help as many street children as he can. Unfortunately, he can’t keep his thoughts off the beautiful American helping renovate the new children’s home. Although he would love to have a relationship with Kayla, his past and the bad neighborhood God has called him to serve in prevent him from pursuing her.

Has God truly led Kayla and Mateo to each other, or does He have something else in mind for their lives?

Finding the Way Back

A field agent betrayed, tortured, and broken. Can the gentle love of his nurse heal his wounds?

Ian Grant withstood captivity and ruthless torture on his latest mission. Now home, his body slowly heals from the deep physical injuries. His mind, though, refuses to mend — and his voice refuses to return. Unable to answer the persistent questions of his superior agents, Ian grows despondent. Until he meets beautiful nurse practitioner, Hazel Baker.

Hazel’s job is to treat bodies, but compassion calls her to heal Ian’s deeper wounds. Agreeing to care for him long-term from her home, Hazel sees how PTSD unravels Ian’s thoughts and behavior. He seems a mental mess, but the warmth in his eyes shows promise, and when he interacts with her four-year-old daughter, the single mother catches a vision of resiliency even Ian doesn’t see any longer.

As Hazel and Ian work on his recovery together, Agency corruption threatens his peace. His trauma can be put to rest only by regaining his voice and speaking against the brutality. Can Hazel’s sweet love help him find the way back to the man he used to be?

Share a romance book in the comments for others to enjoy!

This site uses Akismet to reduce spam. Learn how your comment data is processed.

I do not read every book featured on this blog. Featuring a book or author does not constitute an endorsement. Please use your own judgment on whether a particular book is one you might enjoy.